Yes, I know, it is originally called Groundhog Day and not GroundHague Day.
And it is officially the 2nd of February and not October 31, I know.
But I had the feeling I was reliving the same day over and over again in The Hague and that reminded of one of my favorite movies.

A couple of years ago I had something similar when I needed a Visa for India. On the first Day I went there it turned out I had not enough information. So I had to return the next day (with the same information) and then after a few hours wait I got my badly needed Visa. Just in Time, the next day was my flight…

This time I needed a China Visa. At the beginning of this year I also needed an India Visa but India had now finally reached the 21st century and switched to eVisa. So the internet and a credit card payment sufficed.

Not so for China. I could send in all information by mail but that would mean I would have to send my passport as well. That would mean I would be without passport for more than 2 weeks. That is not an option with my normal travel schedule. I found out, however, that I can have a second passport just for this reason. Good for next time.

Since I have to be there not only for the 11th AUTOSAR Open Conference but also for the MESCONF, my German colleagues offered to take care of the Visa. But that turned out to be impossible. I am still Dutch and I still live I the Netherlands.

So I used the Public Holiday in Germany to go to the China Visa Office in The Hague. By train, I am not going to drive in my country, takes ages, no parking place and a lot of stress.
The Visa Office was not, as I assumed, in the Chinese Embassy, but there is a (commercial!) office that controls the visa process. The real visa is, of course, issued by the embassy, but the process around it is handled by a third party. 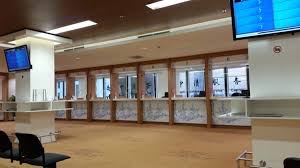 It went a lot quicker than the India one, a short 5 minute wait and it was my turn. So confidence increased. Unfortunately the papers I brought were not sufficient. For Germany they were but not for the Netherlands. They did not accept any document that was not in either Chinese or English (so not the German documents I had) and they needed more documentation from China.
Now another tiny problem was that China was also already closed (They are 7 hours ahead of us) so no chance to getting the needed documents
(I needed an official document from the Commerce Chamber of China that the company I was visiting really existed….) …
So…return the next day, Phil…

The next day I had all info covered. I woke up at 4 to have more time with China, I had already mailed the list I needed the night before, received everything I needed, printed it all together with a new application form and I now hoped it was OK. So back to The Hague with the train.
And… it was, they accepted the application and I received a paper that I needed to collect my passport 6 days later…. Now that was not an option (I had to fly 2 days later)
Luckily they had an emergency procedure. But China does not work fast, they need a full day (And that is the urgent where they left you bleed for, financially that is, €200 ,-)
So… return the next day, Phil…

So the next day I went to The Hague again, now it took only 10 minutes but than I had my passport back with a fresh China Visa. The groundhog did not see his shadow and the winter was over… back home and the time can continue.

Is there any Rhapsody news? Yes there is!!! We have a new promotion movie. Called “single source of Truth”, it is very very nice.

You can find it on:

So… that’s it. Blogging in China is not easy. The Chinese government does not like google, WhatsApp, YouTube and a lot of other sites where we normally work with. So don’t be mad if you don’t see much of me next weeks.